Watto’s assistant is young Anakin. As Qui Gon and Watto go to the junkyard to look for a part for the ship and Jar Jar begins to look around the shop, Anakin asks Padme if she’s an angel. People criticize this exchange, but I think it’s clever because in the Star Wars universe, angels are an alien that live on the moons of Iego. Iego is actually visited in the Clone Wars series. So it’s not just a cheesy pickup line. Though it is a 4th grader flirting with a high school freshman, which is kind of odd.

Young Anakin is established as a kid who loves to be a pilot and longs very deeply to leave Tatooine, like his son Luke will 33 years from now. He is a slave that Gardulla the Hutt (there are more Hutts? Cool!) lost to Watto betting on the pod races.Then there is some cute slapstick with Jar Jar and the pit droid (Hit the nose!)

Watto is the only one on Tatooine who has the part they need. When Qui Gon attempts to pay with Republic credits, Watto does not accept, despite several attempted Jedi mind tricks. After that they leave in defeat.

Jar Jar attempts to eat the wares of a merchant and the wares accidentally flung at Sebulba, a dangerous alien in town. Sebulba attacks Jar Jar, but Anakin comes to his rescue. Sebulba is a really cool looking alien, but I don’t get why he is considered so intimidating. He is not very large. I guess he could give a good swift kick. It’s a good enough introduction for this minor villain, I guess.

When a sandstorm comes, Anakin invites Qui Gon and his accomplices to his home. He’s quite friendly. People heavily criticize the acting of Jake Lloyd, but I don’t think he is worse than the average child actor. He’s no Haley Joel Osment, for sure, but he does a good enough job in most scenes, and a very good job in others. People just don’t like cute kids in large parts in movies, I guess. I’m not crazy about them either; they generally are just there to force sentiment down the throats of the audience, However, I don’t think Anakin is too guilty of this

When they arrive at the Skywalker home, we meet Shmi Skywalker, Anakin’s mom. She doesn’t have much to do yet. We then discover that Anakin is building C-3PO, a beloved character from the original trilogy. Even I agree this is a bit contrived. It’s all a bit too convenient. Call it fate, but really I think they could have found a better way to incorporate C-3PO into the prequels than having Anakin create him. It is interesting to see what he looks like under all the gold plating though.

Sio Bibble sends a transmission to the starship, telling them to contact him. Qui Gon tells Obi Wan that the transmission is certainly a ruse for the Separatists to find the Queen. This further establishes the relationship between Obi Wan and Qui Gon. Obi Wan struggles with even the concept of people in peril, and it shows that Qui Gon still needs to guide him in certain moments, despite Obi Wan’s advanced Padawan status.

Apparently the Sith do get some sort of trace on the Queen, because Darth Maul sets out from Coruscant to find them on Tatooine. His line “At last we will reveal ourselves to the Jedi. At last, we will have our revenge,” gives me chills every time.

The next scene gives further insight on slavery on Tatooine. Trackers are injected so that if anyone tries to escape, they are blown up. For some reason, the Republic does not help those on Tatooine. Perhaps in a future sequel, it would be a good idea for the new government that rises after Episode VI to promise not to ignore the planets in the Outer Rim. Certainly it would help them find more force sensitive children and increase trust in the Senate. Really, it makes no sense for Tatooine to have no government. Anakin discusses Podracing with the guests, and offers to race to win money for the parts they need. The kid playing Anakin is actually pretty good in this scene, and it is a nice heart to heart between all of the characters.

Watto accepts their ship as payment for letting Anakin race. Qui Gon tells Obi Wan that there is something special about the boy. Qui Gon talks to Shmi about Anakin and she tells him he had no father. People don’t like this Christian parallel, thinking it is forced, but I’d much rather have this than the obligatory “His father abandoned us, his father was never there” plotline common in mainstream cinema.

Anakin’s friends, if that’s what they are, considering all they do is insult him and his racer, male a fleeting impression in the next scene. More Jar Jar antics ensue, with his tongue going numb and his hand getting stuck in the race. It is quite clear that the filmmakers have run out of ways to incorporate Jar Jar into the plot at this point. He is purely there for comic relief, and if you don’t find his silly brand of humor endearing (like I do), it is understandable who one would say he shouldn’t be in the movie. But I still can’t imagine hating him for just being useless. Anakin’s”it’s working!” lines aren’t poorly delivered, but it does make little sense for him to scream it. Jake Lloyd has yet to make me cringe, though. He is pretty adorable in most of his scenes so far.

Midichlorians are introduced in the next scene. I understand that people don’t like them because it takes the mystery out of the force and it means no just anyone can use them. But never is it stated that not everyone has them, just that Anakin’s count is ridiculously high. It is also not established that one can’t increase their count. The filmmaker’s obviously thought the force was a bit of a confusing concept for some, and I don’t think they should be ridiculed for trying to explain it further. I think it is interesting to learn more about the Force.

When Watto bets on Sebulba, Qui Gon wagers to win the freedom of the boy or his mother. He uses the force to make sure the dice rolled lands on a spot that will give him the boy. I like how The Phantom Menace is not just about the rise of young Anakin, but a subplot in a film with many things going on at once. It helps the world to seem real and believable.

The probe droids from The Empire Strikes Back are sent out by Darth Maul to find our heroes. Another tie to the original trilogy that is enjoyable. It really makes the saga feel like one contingent whole rather than two soon to be three trilogies..

The pod race is about to begin and we meet all of the different racers. They are all very interesting looking; the technical artistry in this movie as well as every Star Wars movie is second to none. Ben Quadinaros is my favorite pod racer. He is just adorable when his pod does not work. The customs of the race are interesting, with each racer having a flag bearer to to wave them off. Sebulba tinkers with Anakin’s pod as Anakin is wished luck by Qui Gon.The race is allowed to begin as they are given the go ahead by Jabba the Hutt. I’m glad they were able to tie him into this one. In the same shot, you can see Bib Fortuna and Gardulla the Hutt also make an appearance.The tension really builds as the camera cuts to each racer and main character, and the racers are off.

Anakin’s pod does not work at first, but then he starts off. It helps the viewer to root for him if he is viewed as an underdog right off the bat. The pod race itself is really entertaining; possibly one of the best action sequences in the entire saga. There really has been nothing like it since. I also like the appearance of the Tusken Raiders as another tie back to the original trilogy.There’s really not that much else to be said as Anakin pulls up in the standings on the second lap and the second quarter of the movie is concluded. 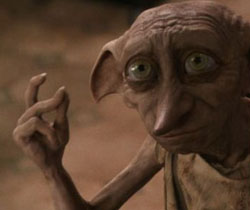 View Profile
Search
Article Stats:
Score:
31
Views:
3679
Other Content:
Avast Secureline
Do you want you to make anonymous on the web? Hide your online activity from anyone who might be interested in it? Hide your location thus enabling yo
muylujonet
ISO Certification in Bahrain
Manama is the capital and largest city of the state and emirate of Bahrain. It lies at the northeast tip of Bahrain Island, in the Persian Gulf. About
isoconsult
Alexa [Bot]
+1866-231-0111 | Fix Brother Printer Error Code 0b
If you have to Fix Brother Printer Error Code 0b, call us at the United States: +1-866-231-0111;. Our team of experts is available 24 * 7, and online
jessievelesa
Alexa [Bot]