Spending the last few days thinking about the plight of NBC, I realized I can't devote a column to analyzing the network. Night-by-night, NBC is facing potentially game-changing problems. Where do they begin? Do they have any programming that could save them?

A few seasons ago, NBC relied on the critical acclaim and award show presence of The Office, 30 Rock and Parks & Recreation to justify renewing low-rated fare. But now that The Office and 30 Rock have entered their golden years, how can NBC justify renewing sitcoms pulling in less than 4 million viewers on average? There's no reason to believe Parks & Recreation will ever win Outstanding Comedy Series at the Emmys, while Community has never been an Emmy darling, no matter how much the network, the stars and its fanbase wishes.

On the drama side, NBC prospered in the 90s and into the 2000s, thanks to the Law & Order franchise, as well as long-lasting medical drama, ER. But as all long-running scripted programming eventually realizes, nothing lasts forever. Suddenly, watching ER and Law & Order was no longer prescription TV for most, and ratings plummeted. NBC rightly chose to cancel these shows in the last five years, but what was left? Only Law & Order: SVU survived, its own ratings a fraction of its best days.

This year, NBC put major stock into John Grisham adaptation The Firm, Glee-inspired Smash, Mad Men-ripoff The Playboy Club and Maria Bello crime drama Prime Suspect. All but Smash have been axed, leaving minimally-rated Harry's Law, Parenthood and Friday occupant Grimm. NBC can't be proud of any of these shows, all attracting ratings that would prompt immediate cancellation over at CBS.

Last but not least, NBC's answer to American Idol: The Voice. Smashing the ratings early on, The Voice has seen its own numbers drop week-to-week. Nothing to be concerned about, but one more option for expanding other programming is gone. NBC tried to give Smash a proper lead-in with the singing competition, but it didn't work. Smash routinely loses close to 50% of The Voice's lead-in. Frustrating, yes. Understandable? Not really. NBC had a winning formula there. But viewers just seem to forget NBC exists.

What does work? Saturday Night Live and summer favorite America's Got Talent. But what benefit does that have for NBC? One show airs in late night and the other airs in the summertime. Football pulls in big numbers, but NBC can't air any other programming on the same night. Those commercials during the games don't have any benefit, let's be honest. Even their late night regulars in Jay Leno and Jimmy Fallon aren't up to the standards of Leno and Conan from ten or fifteen years ago. NBC has themselves to blame there, but that's a column for another time.

So what are the solutions? Does NBC throw in the towel or do they keep fighting? I have a few ideas that I think can only help NBC in the future. Can't hurt, right?

-Don't Be Afraid to Play It Safe

NBC got a little ambitious with their programming this year. The Playboy Club was meant to be their answer to AMC's Mad Men, focusing on the world of the Playboy bunny in the 1960s. Problem is, it's NBC, not HBO. Even AMC might get away with more than NBC. It's the type of idea that was destined to fail.

Equally ambitious were midseason replacements The Firm and Awake. Awake was a big-concept idea about alternate realities better reserved for FOX or Syfy. NBC isn't the type of network people ever turned to for that type of show. Why would they start now? And The Firm was a bad, boring idea to capitalize on a novel and subsequent film adaptation... from two decades ago. Courtroom dramas aren't as prosperous as they once were. Neither are crime dramas.

NBC need not think so big in its concepts. Play it safe. When you get a few hits, go for something ambitious. Until then, find smaller, simpler programming that works and go from there.

-Don't Dwell on the Past

We get it, NBC. You once were home to Friends, Seinfeld and ER. Thursday night was must-see TV! Now it's must-flee TV. Stop trying to re-create Thursday nights. It's dead. It's over. Pick up the pieces and re-build.

NBC has tried so hard to re-create Thursdays that they've painted themselves into a tricky corner. They have not varied far from the two-hour sitcom block leading into a drama at 10. Why? Why do the sitcoms need to air on Thursday? It's not working. It's never worked. Any success The Office once had was its own. It wasn't because it was Thursday night. Let go of the idea that Thursday has to resemble a certain template. I don't know where the sitcom slate should go, but honestly, break those up too. Don't air a two-hour sitcom block when none of the shows can attract more than 3.5 million viewers.

Look at Wednesday: NBC achieved the same thing with Whitney. Actually, Whitney did better than Community, 30 Rock and Parks & Rec are doing now... and it wasn't Wednesday! And somehow, NBC will cancel Whitney and renew programming that's bleeding viewers. No knock on Community. But realistically, does NBC benefit from keeping it? No. It does not.

So stop living in a time when you rocked 25 million viewers on one awesome night. It's not going to happen magically overnight. Put a few reality shows or dramas on the night. Break up the sitcom slate. Can it get any worse if you try something new?

Some ideas should be seen immediately as money-losers. You don't spin off the one character on The Office that cannot be spun off for his own show. I think literally any other character could sustain their own show except Dwight Schrute. Dwight is one of the funniest characters from the last ten years. Doesn't mean he should have his own show. He's the character that works best in supporting roles, not as the lead. You laugh at minute-by-minute increments, but for an entire episode? Or for an entire series? The shtick doesn't work anymore. Sound familiar? NBC tried this already eight years ago with Joey Tribbiani. You shouldn't need a history lesson to know how that ended.

Do I have to remind anyone in the world that Paul Reiser shouldn't be given his own show on NBC in the year 2011? Honestly? Does someone have to be told that? Even Garry Shandling would know better.

When the Law & Order franchise is failing, what did NBC do? They greenlit a Los Angeles spin-off of the Dick Wolf-created series. Why? Did someone really need to tell NBC that it was a bad idea to expand a franchise? That's like being on the Titanic after it hits the iceberg and making plans for how to improve its next cruise.

Of course, I'm not trying to pile on. In fact, a few ideas should have struck but didn't. If you had told me that Christina Applegate and Will Arnett couldn't hit it big with a comedy about parenting, I would've called you crazy. Last year's The Event should have worked. Prime Suspect should have worked. Heck, The Voice should be as big or bigger than American Idol. It has the star power, it has the talent. And yet, it's well-below Idol's already well-below-standard levels.

I don't know if NBC will ever recover from this. It started with the end of Friends in 2004 and it has never gotten better. Mistake #1 was putting all its comedy stock into The Office, a show that has always enjoyed decent ratings, especially a strong 18-49 demo, but has never really achieved that next level of success enjoyed by a Friends or Seinfeld. It never went mainstream. Neither did 30 Rock or Parks & Recreation. The vocal majority is not the actual majority. Talk only goes so far. And perhaps people became turned off by NBC when they screwed over Conan O'Brien in 2010. I don't blame Leno for being greedy and wanting what he never wanted to give up. Talent aside, the blame is on NBC. Perhaps they're getting what they deserve.

In the end, NBC is a 4th place network. They may enjoy surges periodically, but it never lasts. Even when it's first place, it's still fourth place.

-Speaking of cancelled, FOX has let go of rookie dramas Alcatraz and The Finder. All in a day's work at FOX.

-Table For Three at NBC tells the story of a woman returning home to find her father dating the mean girl from high school. Brenda Song, Christine Woods and Scott Bakula star. Oh NBC... didn't you learn anything yet?

-ABC's Devious Maids shows us the maids that wash our clothes, polish our silver and sleep with our spouses! Stars Ana Ortiz, Dania Ramirez, Roselyn Sanchez and Susan Lucci. Alternate title should be The Help...ing Hand.

-ABC's Nashville: what Hollywood is to film, Nashville is to music. Exciting! Stars Connie Britton, Hayden Panettiere and Powers Boothe.

That's all for this week. Next time, my thoughts on a few girl-centric pilots.

Until then, stay tuned. 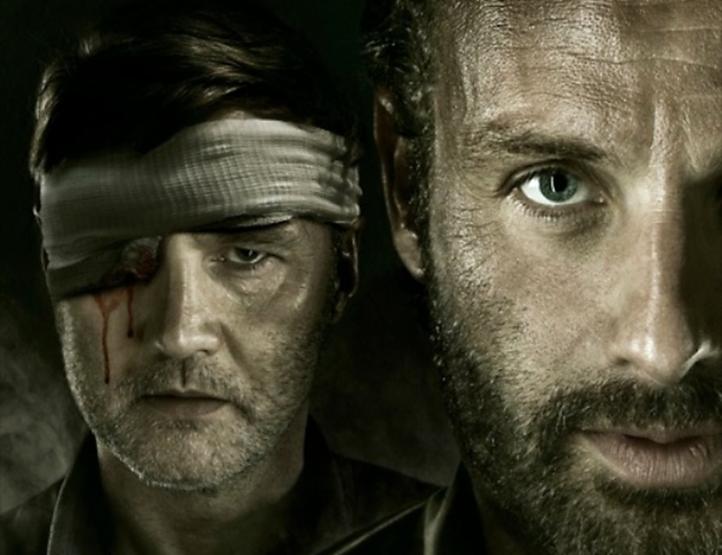 View Profile
Search
Article Stats:
Score:
25
Views:
2814
Other Content:
Roadrunner email support
Awesome and interesting article. Great things you've always shared with us. Thanks. Just continue composing this kind of post.
3cservice
Is there a phone number for Outlook support?
Are you looking for the Outlook Support Phone Number? Then you have landed on the right page. Maybe on various web pages or blogs, you won’t get
avawilliam
Technical help and expert guidance for Outlook
Are you using an Outlook account and facing some technical error? If yes then dial out Outlook tech support number for the technical help.  T
Jerry Wayne
Best odoo & website development services
Kanak Infosystems LLP. is a team of talented, passionate and experienced individuals. We provide development & support services for odoo developme
kanakinfosystems
How do I eliminate HP printer offline glitch?
HP printers are admired for its quality performance, amazing and unique features, and advanced functions. These printing machines are the top-quality
masonlava